Images of Logitech’s new handheld appears in the wild

Check out them leaks!

Weeks after its initial announcement, Logitech’s upcoming gaming handheld has its photos leaked all over the internet. The gaming peripheral brand teams up with Tencent for this project and the device seems to be for cloud gaming use.

As for its UI, the leaked images also show a bit of the UI. If we were to base it on these images, the Logitech and Tencent handheld will support Google Play, Xbox, Steam and NVIDIA Shield games. The UI also shows icons for Google Chrome and YouTube though as it is a work in progress, we are expecting changes to the UI once it actually launches.

The image leak was through a post by Twitter user Evan Blass but was quickly taken down. Fortunately other users and outlets were quick to archive the photos and they continue to make rounds all over the internet. The new handheld project is a collaboration between Logitech and Internet giant Tencent. Both companies announced the partnership early this month with the device launching later this year. Logitech will try and leverage Tencent Games’s  software expertise to deliver the AAA gaming experience via cloud services. In their blogpost, Logitech handheld users will not need to “download or install PC or console games. Instead, games are rendered and played on remote servers, and users interact with them locally on their devices.” 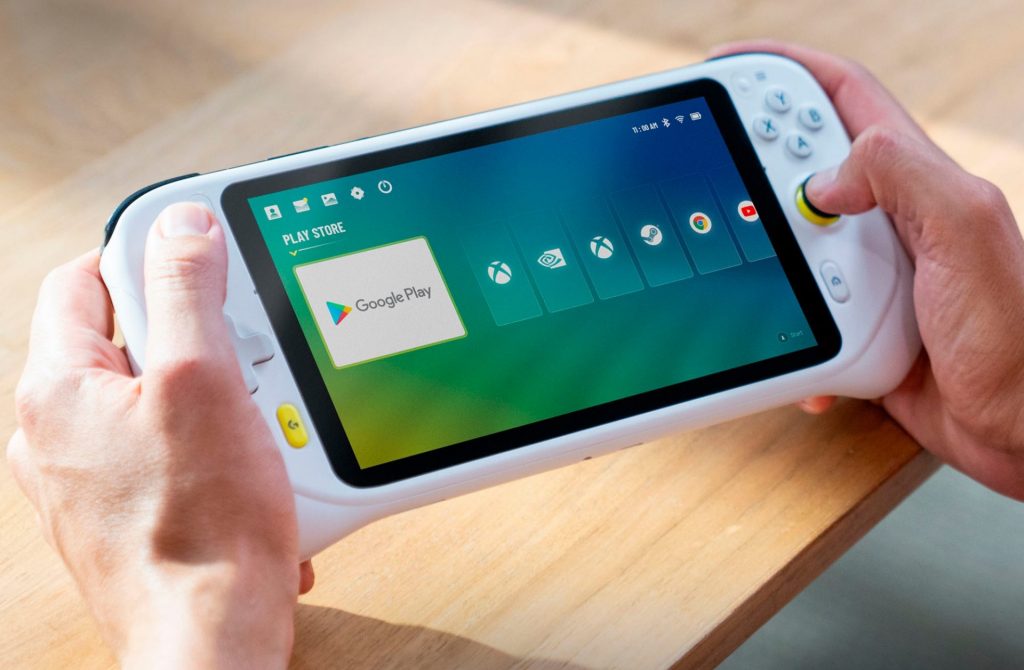 Cloud gaming services are already existing prior to the Logitech handheld with popular ones that include Google Stadia, NVIDIA GeForce Now and even Xbox and PlayStation’s cloud gaming services. Despite the variety of available services though, the technology is yet to fully appeal to gamers. Challenges such as latency and differences in gaming quality and experience are often cited as factors that thwart the technology’s market share.